The artistic vita of Gabor Schablitzki, rather known to the raver as Robag Wruhme, is a story of gleaming moments of glory and brilliant achievements. The most brilliant of them all must be to have survived for a couple of decades in the ego-show that is the Techno-biz without a copy/paste-prepped testimonial like this one right here. Hats off to that! Although, time and time again, second-hand-information concerning Mr. Wruhme not uncommonly led to ludicrous distortion of reality. Therefore now and here, the confirmed yet no less vibrant and epic truth about the groove-maestro from the southern part of the eastern zone.

July 3rd 1983 - Schablitzki sees the light of day - or rather: the greyed out real-socialistic sight of Rudolstadt. The educated reader will instantly be hit by the significance of the date as if it was a bookshelf, collapsed under the weight of too many Reclam-volumes. Until today, Schablitzki indulges in the imagination of breathing the 100 year old reincarnated ghost of Franz Kafka into his bars and loops.

Birth is followed by being raised in Apolda. Apolda sadly is carving out an existence as overlooked spot on the map. The eye tends to be magnetized by the flashier places Jena and Weimar in the neighbourhood. So let's have a little excursus on Apolda. The biggest bell of the Cologne Cathedral stems from Apolda. Apolda = bell town. Apolda holds his own car manufacturing - the Apollo Werke. In 1904 the first ever automobile is chugging off right there - and that's before MB, BMW, VW, Porsche, Audi et al are in the picture. Apolda = car town. The dog breed Dobermann has its roots in Apolda, too. Mr. Dobermann was dog-taxman at the time and began his concrete dog-work between 1875 and 1880. The eponymous woof-woof being the outcome. Apolda = Dobermanntown. End of excursus.

Young Schablitzki gets exposed to Breakdance and HipHop - astoundingly even assisted by the top-ranks of the Politburo. The socialist civil rights activist and entertainer Harry Belafonte gets some serious homeboy-treatment by Honni (Erich Honecker) himself. So the Belafonte produced streetdance-flick "Beat Street" is made publicly available and shown in schools across the GDR. Little did the Volkskammer-dudes know, what kind of buzz this movie would create. Electric Beat Crew, Pioniermanöver, Gramont City Dancers - and Schablitzki is f***in' hooked!

And suddenly, the iron curtain falls. Everyone's kinda confused. After the initial euphoria receded, it seemed not that easy to align the compass. While socialism was up and running, Schablitzki tended to try out art and music studies. After the wall came down, priorities shifted. He decided to invest his "welcome dough" (100 DM) in 7 inches and to take things as they come.

Several band-projects followed. Bands that borrowed some source-material from East- and West-German scene-standards and covered their way from Die Art and Sandow through to Einstürzende Neubauten. The first proper release was laid down by Beefcake, a project together with Volker Kahl. At that point the knack for electronic experiments unfolded.

Soon after, Schablitzki felt the urge to also provide dancefloors with quality material. An undertaking, he pursued with the now legendary Wighnomy Brothers venture. He produced all of their stuff. Many of those tunes are collectively known as club classics.

Meanwhile, Schablitzki recalls the funny idea to spell names backwards - a very popular concept in primary school! So Gabor turns into Robag. With his family name being just an unsolvable phonetic obstacle, the much easier pronounceable Wruhme comes into play. An unbridled solo career takes its course. From that point on, business is booming.

Then one day, DJ Koze rings up and whispers the tender salutation "Na, Dicker..." through the receiver. Begin of a long lasting friendship. The [kəʊ.zi]-curated imprint Pampa Records opens its doors for Wruhme and it is indeed very [kəʊ.zi] there, so Wruhme stays and releases quite a few records. One of them being the 2011 issued opus magnum "Thora Vukk".

In June 2019 the saga continued with the album "Venq Tolep" on Pampa Records: "... his prettiest, silkiest, and most poignant minimal electronic music ever" (Philip Sherburne, Pitchfork). 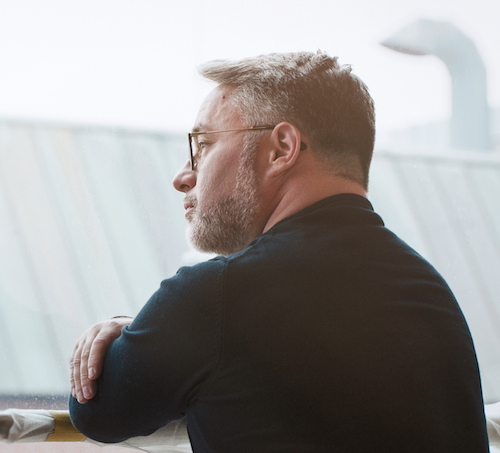 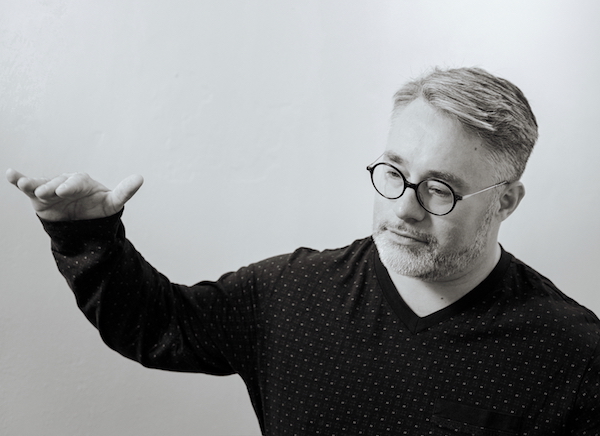