Wolfgang Voigt, born in 1961 in Cologne, Germany, is an artist, music producer, label owner and one of the co-founders of the Cologne-based electronica and techno label Kompakt.

Grown up and socialized in the pop sub-culture of the 1970s and 1980s, Voigt has developed his own art and sound that cross genres, mixing music styles such as glam rock, pop, jazz, classic, punk, and new wave, and art movements such as pop art and the Neue Wilde (the ‘New Wild Ones’). In the late 1980s, he caught acid house fever, and since then Voigt has committed himself uncompromisingly to the straight (techno music) bass drum.

Inspired by the minimalist structures of this music, Voigt works around the most diverse facets of his own ideas of subversive concept disco music. He understands this kind of contemporary music as a non-verbal, international musical language in which origin, status, or rockstardom are no longer relevant. Voigt’s contribution to the various global techno 'dialects' (Chicago, Detroit, Berlin, Frankfurt…) is Cologne minimal techno, of which he is considered to be the most important pioneer.

Working under many different project names and pseudonyms (e.g. Mike Ink, Studio1, M:I:5, GAS, Love Inc., Freiland, Wassermann…), Wolfgang Voigt has continuously varied his own, unmistakable music style from the onset of the 1990s, spanning the spectrum from creating experimental and unusual hybrids by combining elements of techno with German Schlager and folk music, to pioneering, austere minimalistic concept techno series such as Studio1, a series that was limited to 10 vinyl releases, the cover of each bearing a plain color design without any text.

Since 2007, Voigt has shifted his focus back to his own projects again. Having always been working at the interface between art and music, he now merges the two disciplines in a mutually enriching way in specific projects. Two fundamental approaches, through innumerable variations, characterize Voigt’s music and artwork. The first: the loop principle—the static or varying repetition of minimalist, repetitive structures which generate specific patterns. The structure of computer-based music production and associated software clearly and strongly influences this artistic concept, reflected in Voigt's body of art and music. The second: the abstract deforming and condensing of external resources, i.e. the sampling of different sounds or images reduced to their original basic structure, their raw aesthetics, in a certain sense their (hypothetical) liberation, and transferred into a new context—a process that Voigt calls "Entdeutung", i.e. de-significaton.

While Voigt often cannot or does not want to resist the attraction of extreme abstraction, he nevertheless respects the clear rules of a 4/4 beat, the three-minute pop song, and last but not least the serial patterns found on industrially produced wallpaper. Always driven by a refusal to be categorized, Voigt imbues his body of work with a high degree of complexity, volatility, and ambiguity.

In September 2019 for the first time ever the city of Cologne has endowed a prize for exceptional achievements in pop music.  The "Holger Czukay Preis für Popmusik" - named after the legendary bass player of CAN - was given to Wolfgang Voigt for his overall work that has "influenced generations of musicians".

On 30 October 2019 "EARQUAKE – Wolfgang Voigt 1991 – 1999" was released digitally. For the very first time, EARQUAKE summarises in a chronological order almost all of Wolfgang Voigt’s musical work during the 1990s. It contains every single solo-project, the most important compilation-pieces as well as unreleased material.

Following EARQUAKE Wolfgang has started to bale all of his new and/or previously unreleased music here: https://kompakt.fm/downloads

For the first time, Wolfgang Voigt is showing an exclusive selection of his graphic works on the subject of "Loop" starting from August 1st at Lorenzo Bernet in Zurich. 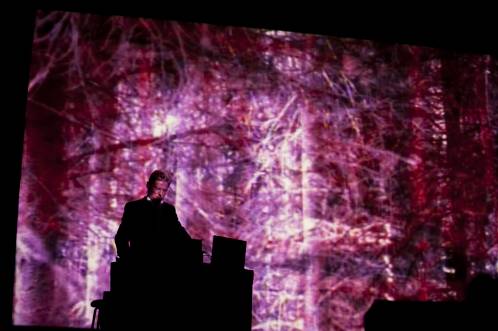